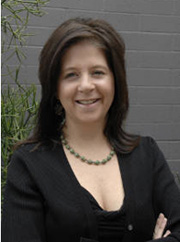 The Greater Phoenix Chamber of Commerce has announced the 11 women chosen as finalists for its annual Athena Awards. The Athena Businesswoman of the year award recognizes a woman in the public and private sector, in addition to highlighting an upcoming leader in the Valley as an Athena Young Professional.

Among the finalists is North Central resident Kimber Lanning, executive director of Local First Arizona. She is a finalist in the Public Sector category.

The Athena Award, an honor bestowed internationally, highlights women who have consistently invested in themselves, their profession, their community, and especially other women. They have achieved the pinnacle of success within their industry, have mentored women throughout their career, and have dedicated themselves to the community through various activities and charities.