North Central resident Kimber Lanning, executive director of Local First Arizona, is the 2013 Athena Businesswoman of the Year Award in the Public Sector. 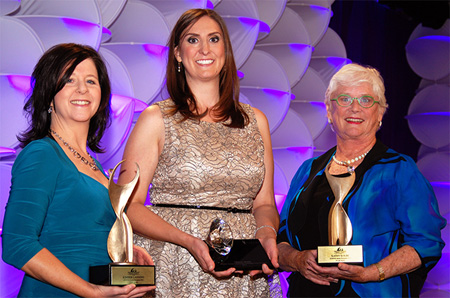 Athenas often change the way their colleagues, peers and mentees think, but Lanning has changed the way our community thinks. As a small business owner, activist, musician, volunteer and nonprofit founder, she has championed the importance of thinking, investing and acting locally to make a world of difference.

“When we started Local First, people weren’t thinking about the difference between local and non-local businesses,” Lanning says. “Now we’re the largest local business coalition in North America. We changed the city of Phoenix’s procurement policies, resulting in another $22 million a year in local business. There have been big changes in behavior. Now people are starting to look locally for talent.”

Though small in stature, Lanning has had a huge impact and her devotion to the community legendary. She is in demand as a speaker, sounding board and mentor, advocates passionately for the arts and counsels emerging nonprofit leaders.

Also recognized with Athenas last month were Kathy Kolbe, founder and chairman of Kolbe Corp, who earned the award in the Private Sector, and Christy Moore, executive director of Valley Leadership, who took home the Young Professional Award.

Lanning, Kolbe and Moore were chosen from among 11 Athena finalists, who were selected from a large group of nominations received in June.

Photos from the Award Reception and videos of the recipients can be found at www.phoenixchamber.com.