Home / Features / Dist. 3 council seat up for grabs in Nov.

Dist. 3 council seat up for grabs in Nov.

By Teri Carnicelli
The city of Phoenix will hold a special election Nov. 8 to select a permanent council member to serve out the remainder of former Dist. 3 Councilman Bill Gates’ term, which runs through 2019. Gates resigned on May 31 to run for the Maricopa County Board of Supervisor’s seat being vacated by Andy Kunasek.

In June, the City Council voted 6-1 to appoint Debra Stark to fill the Dist. 3 seat until the special election. Stark is hoping to retain that seat by winning the election, but she faces three other candidates: Dan Carroll, a Valley real estate agent; Chris DeRose, a felony prosecutor and former law professor; and Jim Mapstead, a longtime District 3 activist and Sunnyslope business owner. 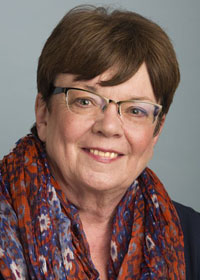 Debra Stark’s entire career has been in local government. And she’s no stranger to the inner workings of Phoenix, having served as director of the city’s Planning Department for seven years.

Stark has lived in the same home for 30 years and loves her neighborhood. She says the reason she is running for Phoenix City Council is that “I want to give back to the city I call home.”

Stark believes she can be a thoughtful, pragmatic voice on the council. “Having the benefit of working for the city for many years, I understand how a city operates from the inside and I am eager to help residents and businesses in the district navigate city hall while continuing my efforts to maximize efficiency and service,” she explains.

“I am a problem solver and above all, want to help people. I value public service and have committed my entire life to serving my fellow citizens.”

Stark views parts of Dist. 3 as experiencing some of the trials of middle age. “We have exciting redevelopment occurring in the central part of the city and new development to the north. Our district is seeing signs of aging infrastructure—worn roads and water lines, minimal landscaping, and ineffective drainage. We need to ensure that we are getting our fair share of tax dollars to repair and improve our infrastructure.”

Stark points out that a firefighter cannot fight a fire if the water system is sub-standard, and emergency services can’t pass where a road is dangerously flooded. “It is more difficult to have the private sector reinvest in areas that are not well maintained,” she adds.

Stark also pledges to continue to find ways to make city processes easier for residents and businesses, and invest in public safety to protect residents. 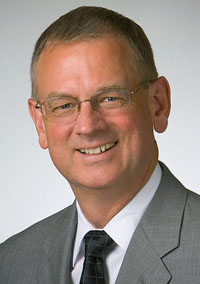 Jim Mapstead has long been active in the community, having served on a variety of boards and commissions, including Local First Arizona, Sunnyslope Village Alliance, Valley Citizens League, Phoenix Planning Commission, and Big Brothers Big Sisters of Central Arizona, among others.

“I’ve always been involved in our community, from protecting neighborhoods from the incursion of digital billboards to stopping the proliferation of donation drop boxes and spearheading the efforts to get them regulated in Phoenix,” Mapstead says. “Phoenix is faced with some serious financial issues, and I think it’s important to have a successful small business person on the council. I understand a profit and loss statement and a balance sheet, and I want to help our city make smart financial decisions in our best long-term interests.”

Mapstead went to high school in Phoenix and raised his two daughters here with his wife of 33 years, Jill. “I’ve been a successful small business owner for 35 years, and I’ve leaned how to make win-win decisions by working with colleagues and customers. I see a council that is struggling with political division. We need to tone down the rhetoric and turn up the collaboration at the council. If being in business has taught me anything, it’s that people of goodwill can get to a win-win outcome if we listen to one another and work together.”

Mapstead points out that a person shouldn’t run for political office to favor one group over another, whether that be developers, lobbyists or special interest groups. “Constituent service can’t be parsed out by which area of the district pays more in taxes, or who voted for me. The job is rooted in being a good listener and being willing to advocate for the people who you represent.” 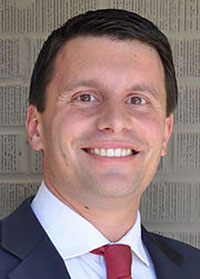 Chris DeRose fell in love with Arizona on a chance encounter in high school—with the warm weather, wide-open spaces, and seemingly limitless possibilities.  He graduated from Grand Canyon University and earned his law degree from Pepperdine at age 24. He is a former professor at Arizona Summit Law School, where he taught Constitutional Law, Election Law, and International Law. He also is an author and has traveled widely and spoken to audiences around the country.

In Phoenix, he has served the community in many capacities, most recently as senior litigation counsel to the Attorney General, prosecuting major crimes on appeal. He also has served on one of the city’s Village Planning Committees, as a volunteer school board member, and a member of the Neighborhood Blockwatch Oversight Committee.

“Like many of the voters I talk to, I am sick of politics as usual, and I decided to do something about it,” DeRose says. “Our city is at a crossroads. We’ve had four major tax increases in the past 10 months.  I do not believe we can tax and spend our way to prosperity. Rather, we need to focus our resources on essential city services such as police, fire, and roads.”

DeRose points out that he would be the only member of the city council with a background in law enforcement. He also has experience in education as a five-year school board member, law professor, and son of a retired teacher.

“I grew up in a diverse, blue-collar neighborhood much like the one I seek to represent. I entered the workforce at age 13, working as a golf caddy, grocery store bagger, and school janitor to pay my way through school. I fully identify with the aspirations of upwardly mobile residents of this community and will do everything possible to support them in their pursuits.” 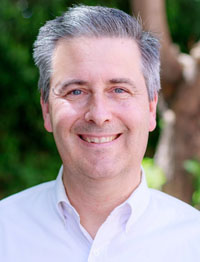 “My family and I have deep roots in Phoenix; we came here when I was 8 years old,” Carroll recalls. “Mom transferred as a blue-collar phone company worker and it wasn’t long after arriving that dad became a fixture at American Legion Post 75 in Sunnyslope.

“I was honored to be Mayor for Youth Government Day when I was 18, and anyone who knows me will tell you that I Love Phoenix.” If elected, he says he will wake up every morning ready to serve the citizens of Phoenix honorably.

“I will owe my election to our neighbors, and no one else. As your City Council member, I’ll only have the best interests of our neighbors at heart and will owe the special interests nothing.”

Carroll believes that poor planning choices have led to a severe reduction in the number of police on the streets since the beginning of the Great Recession, and that the size of the Police Department must increase by 50 percent. He wants to continue the work of former Dist. 3 Councilman Bill Gates by continuing to find fiscal efficiencies, innovations and modernizations and applying those funds “to keeping our neighbors and our law enforcement personnel safe on the streets of Phoenix.”