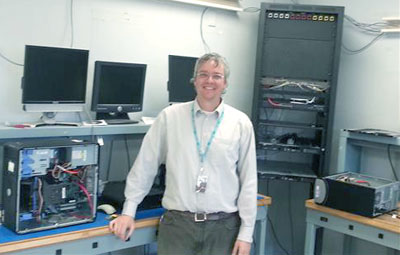 The new school building is located at 4445 N. Central Ave., adjacent to Central High School in a two-story, 42,000-square-foot facility that will eventually accommodate up to 400 students.

Seth Beute has been named the first principal of Phoenix Coding Academy. Beute, 43, has been with Phoenix Union for 12 years, and has an extensive background in technology. He has been the facilitator of Virtual Instruction since July of 2014, overseeing the implementation of the district-wide online education program. He spent 10 years as a Career and Technical Education (CTE) instructor at Metro Tech High School, teaching computer and network technology courses.

Beute has been involved in the planning process for the Phoenix Coding Academy, serving on the core planning team, co-facilitating the Curriculum Design Team, and assisting in facility design and marketing.

The Phoenix Coding Academy is a project of the 2011 Phoenix Union Construction Bond.