When Phoenix Mayor Kate Gallego gave her first State of the City address last month, she highlighted the growing need for affordable housing in what has become the nation’s fifth-largest city.

“Low wage earners maintain a fragile balance in their lives. Any single unexpected expense can send the entire household into crisis, and possibly, onto the streets,” she said. 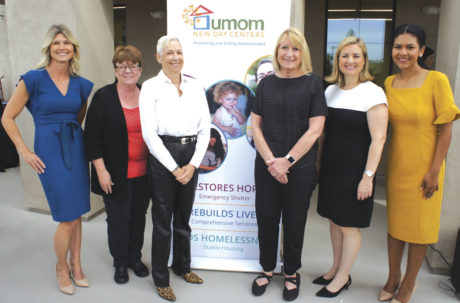 Gallego spoke about the city’s responsibility in leveraging its own land assets to do more to bolster affordable housing, and pointed out that “every city and town should be doing their part to ensure services and housing are spread across the metro area and not just in one small area of one specific city.”

The call for more affordable housing in one of the country’s fastest-growing cities isn’t a new one. But it is becoming more critical as struggling families and single low-wage earners are finder fewer and fewer affordable options of where to live.

Per the U.S. government, housing is deemed “affordable” when it consumes 30 percent or less of a family’s monthly income. A February 2019 report by the National Low Income Housing Coalition found that, given Arizona’s minimum wage of $11 per hour, a head of household would need to work 56 hours or more a week to afford a two-bedroom unit in the greater Phoenix area.

Making matters worse is the fact that for every extremely low-income household in Arizona, only 25 affordable rental housing units are available.

Two Valley nonprofits have already been answering the call for more affordable housing. UMOM recently opened a new housing development project, while Catholic Charities has one already under construction—and both are in the Central Phoenix core.

It was open less than three weeks and nearly all the units were already filled, with the number of people on the “wait list” growing daily.

It just goes to show how critical the need is for affordable housing, said Darlene Newsom, CEO of UMOM New Day Centers, during the official grand opening of the new 19West apartments on March 27.

UMOM is an innovative leader in shelter, services and housing for families, single women and youth experiencing homelessness in Maricopa County. This is the fourth affording housing complex the nonprofit has built, with a fifth—targeted toward homeless and low-income veterans—already in the works (https://umom.org/housing/).

State and local leaders, business partners, and supporters of UMOM were given a tour of the new 54-unit complex, located at 2011 W. Morten Ave. UMOM began the project two years ago after first acquiring the vacant lot which had previously been used for camping by people experiencing homelessness.

This new four-story building with underground and surface parking offers two- and three-bedroom apartments available at reduced rent to individuals and families with demonstrated need. Each unit has a full-sized washer and dryer, large kitchen and spacious bedrooms.

Susan G. was one of the lucky people to get one of the new apartments. She spoke of her journey, beginning with losing her home, then losing her job, then a short time later having her husband of 38 years pass away. She found herself living in her car, struggling to find her footing again. “Two weeks ago, I got to sleep in a bed for the first time in four months,” she said. “I cannot tell you what this place means to me. Everyone here is so thankful, so happy.”

As with most residential projects overseen by nonprofit organizations, many partners were instrumental in making 19West a reality, including: BOK Financial, the construction and permanent lender; the Arizona Department of Housing, providing $15 million in federal low-income housing tax credits; Enterprise Financial, the equity investor; and the city of Phoenix.

Located near the southeast corner of 19th and Northern avenues, Laurel Tree at Northern is 70-unit, four-story affordable housing project already under construction, with an anticipated completion by winter 2019. The project will cost an estimated $18 million, and PNC Bank is the primary lender. AHCCCS (Arizona Health Care Cost Containment System) also contributed $2 million.

“A dedicated, onsite resident services specialist familiar with the area will engage the residents with various services and activities on and throughout the community,” said Malissa Geer, director of Community Engagement & Volunteer Services for Catholic Charities. “Mercy Maricopa Integrated Care will further case manage the 18 individuals and family households with serious mental illnesses.”

“This new housing project will be a great addition to our community,” said Shannon McBride, executive director of the 19North Community Alliance, whose offices are directly across the street from the housing project. “Families living at Laurel Tree will have services, support, safety and a beautiful home. This project also benefits our community through their economic/social investment and community engagement.”