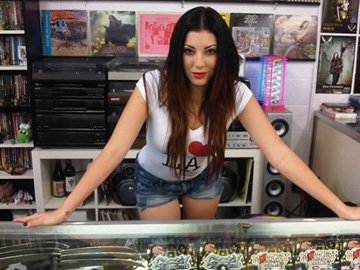 Arizona resident Eric Braverman in November 2012 created the first and only Internet television network in the world, which is a 24/7 shrine to heavy metal music and its associated videos.

No pre-registration necessary. Come to Zia between 5 and 6 p.m. to sign up. Each audition will be videotaped for possible use on Heavy Metal Television and applicants must sign a release form. The winner will receive a deluxe prize package courtesy of Metal Blade Records. The two-runner-ups also will receive a prize. There also will be free Troop Fuel Energy Drink while supplies last, and giveaways to first 50 participants.

The show is taped daily at Asylum Records in Mesa. To learn more, visit www.HeavyMetalTelevision.com.