Pharmacy a finalist in enterprise awards 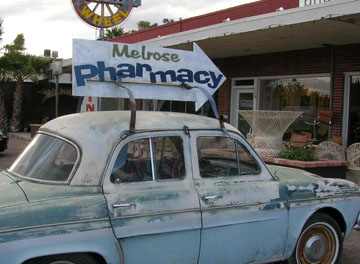 Melrose Pharmacy recently was named a finalist in the 2013 Spirit of Enterprise Awards, presented by the W. P. Carey School of Business at Arizona State University.

The pharmacy, owned by Melrose District resident Theresa Stickler, who also is president of the Seventh Avenue Merchants Association, is one of many small and growing businesses who have contributed to the improvement in Arizona’s economy, according to contest officials.

Finalists and winners in the 2013 Spirit of Enterprise Awards were lauded for creating jobs, contributing to charities and introducing innovation, as well as their hard work and unwavering determination to succeed.