North Central dentist is president of the AzDA 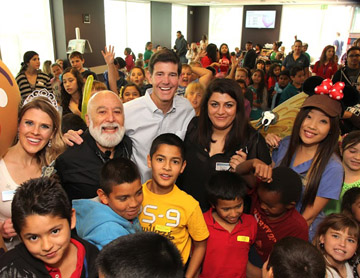 North Central resident and dentist Gregory Pafford, center, has actively participated in the nonprofit Give Kids A Smile (GKAS) program since 2003. On Feb. 21, the GKAS program had a record-breaking day in which 428 children received treatment (submitted photo).

Dr. Gregory M. Pafford recently was installed as the 105th president of the Arizona Dental Association (AzDA). Pafford is a third-generation Phoenician and dentist who, along with his father and grandfather, has served the downtown Phoenix community for 90 years combined.

Pafford is an alumnus of Madison Simis and Brophy College Prep. He graduated with honors from Arizona State University and the University of the Pacific in 1986. He was honored as Dentist of the Year by the Arizona Dental Association in 2007.