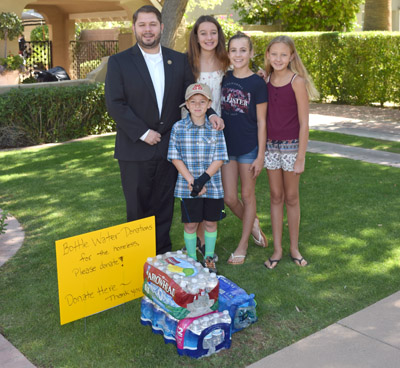 Clockwise from bottom left: Spencer Bodell, Cici McKenzie, Bailey Reynolds and Jules McKenzie show off some of the bottled water that they collected for the homeless last month to Congressman Ruben Gallego, who stopped by to cheer them on (submitted photo).

A group of kids in the Willo Historic District spent the month of June collecting bottled water for the homeless. Their efforts were on behalf of Central Arizona Shelter Services (CASS), which provides shelter and support services to men, women and children with diverse needs to end their homelessness.

Among the young volunteers were Cici and Jules McKenzie, Bailey and Declan Reynolds, Spencer Bodell, and Olivia and Ruby Sibiski.

We all know the summer heat puts us all at risk for heat-related injuries such as heat stroke, heat exhaustion and dehydration. Homeless men, women and children are particularly vulnerable. Their exposure to the summer’s elements not only increases their chances of injury, but also increases the potential for death.

CASS’s Heat Relief Campaign continues through August, and water donations can be dropped off at any Phoenix Fire Station. For more information, call 602-417-9800 or visit www.HeatReliefAZ.org. 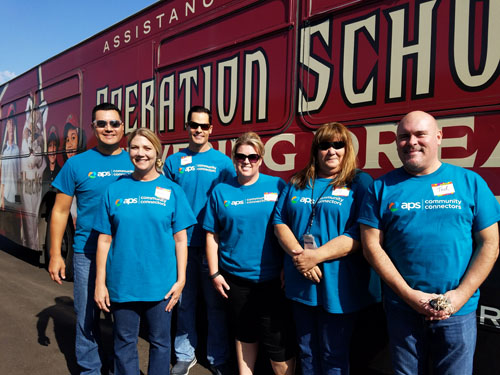 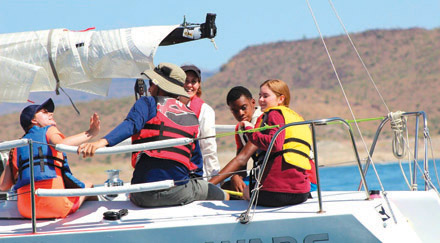 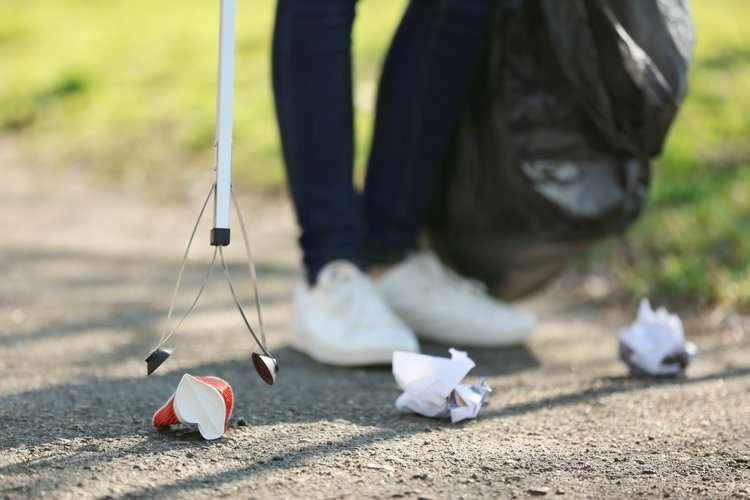