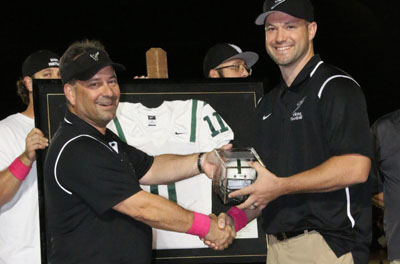 [btn]By Chancellor Johnson[/btn]
Friday, Oct. 7 was a night to remember for all-around athlete, Mike Nixon, who had his football jersey retired by his alma mater, Sunnyslope High School. The triple-threat star received this honor during Sunnyslope’s home game against the Ironwood Eagles.

The Thursday night before the game a small ceremony was held for Nixon at a local restaurant, where he was joined by former SHS teammates and coaches.

Nixon, who also was a standout athlete at Arizona State University and lives in the Phoenix area, was alongside his family as his retired No. 11 jersey was presented to the crowd during the first and second quarter of Sunnyslope’s varsity football game.

“I was honored and humbled. Sunnyslope meant a ton to me over the years; I grew up about a quarter mile away from the school, and had some great moments with my teammates,” Nixon said. “To be honored with a retired jersey is very humbling.”

Nixon is the first football player to have his jersey retired by Sunnyslope High School.

“The decision was made to retire his jersey because of his staggering statistics while playing high school athletics here at Sunnyslope,” Assistant Principal and Athletic Director, Tim Matteson said.

“The coaches at Sunnyslope are always talking about Mike Nixon and how he was the greatest athlete to ever play at Sunnyslope,” Matteson added.

It’s been almost 15 years since Nixon’s graduation, but he still has fond memories of his high school football years.

“My senior year, the first game of the season Chaparral came in with a 30-plus game winning streak and they had knocked us out of the playoffs the previous year,” Nixon recalled. “We beat them to start the season and that really put Sunnyslope on the map for football.”

Nixon was a 2002 graduate of Sunnyslope High School, taking with him a countless number of awards and honors.

At Sunnyslope Nixon did it all, including offense, defense and special teams. Nixon was the school’s starting quarterback, safety, kicker and punter.

“Having Mike on the team made me a better coach,” said former head coach, Dallas Hickman. “He’s very humble and showed incredible integrity and is the type of guy you would want your daughter to marry.”

When Nixon wasn’t tearing it up on the field, you could often find him on the basketball court (he was a member of the state championship varsity team his senior year) or on the diamond playing baseball. He was drafted out of high school by the L.A. Dodgers, and played in their farm system for a few years after high school graduation.

Nixon’s retired jersey will be in a case in Sunnyslope’s gymnasium for students and visitors to view for years to come. As a memento, Nixon was given a small football helmet with the Vikings logo on it in a special display case.

Editor’s note: Chancellor Johnson is a student at the ASU Walter Cronkite School of Journalism and Mass Communication. 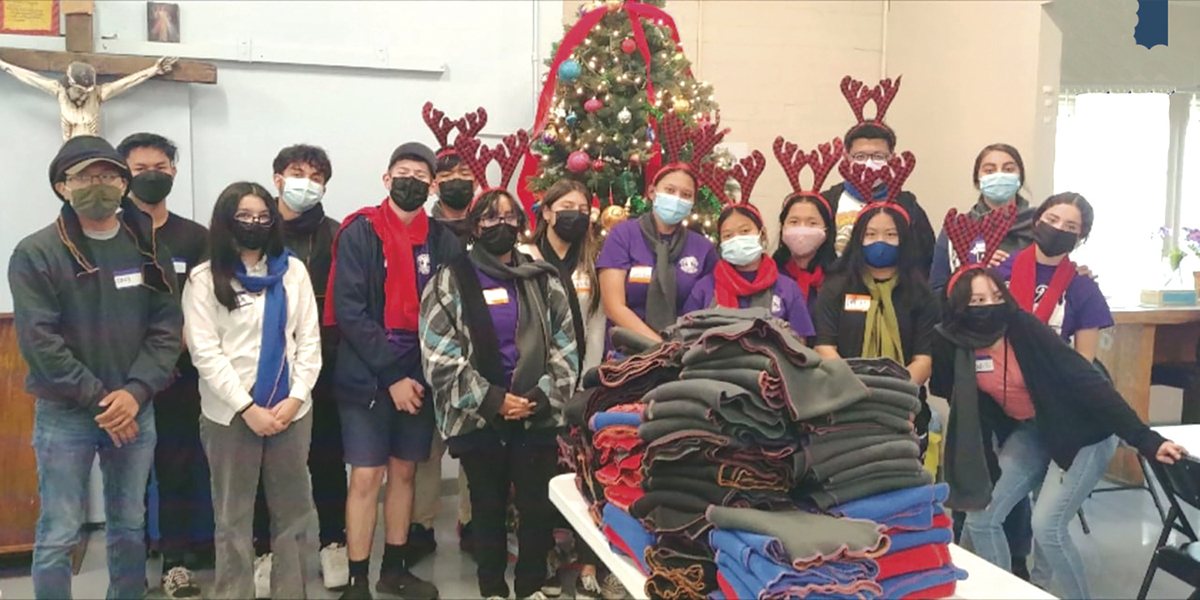 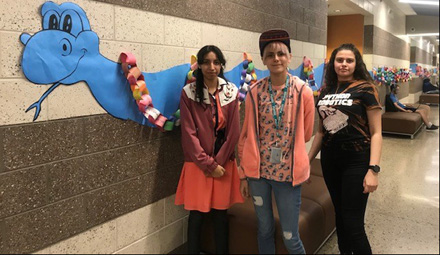