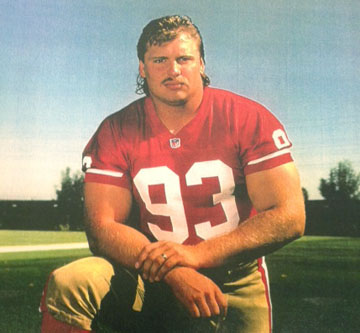 The same hands that chased quarterbacks in Pac-12 college football and the National Football League are now forming pizza dough in central Phoenix.

Greg Joelson, who played for the Arizona State Sun Devils and the San Francisco 49ers, is the proud owner of the new Papa Murphy’s location that opened last month at 1625 E. Glendale Ave., in the Squaw Peak Plaza. His store will be the newest Arizona location for Papa Murphy’s, the country’s largest and fastest growing take ‘n’ bake pizza chain.

Joelson, a former teammate of players such as Hall of Famers Jerry Rice and Steve Young, is excited about bringing Papa Murphy’s to the area. “We are ready to go, not just to serve great, fresh pizza but to make a difference in our community,” Joelson said. The store is already working with local causes such as Phoenix Children’s Hospital, VetTix and St. Vincent de Paul.