Home / Healthy Living / TO YOUR HEALTH: Myths about breast cancer

TO YOUR HEALTH: Myths about breast cancer 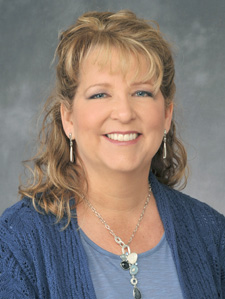 Myth 1: Only women with a family history of breast cancer are at risk.

Myth 2: Young women don’t have to worry about breast cancer.

Truth: A study in the Journal of the American Medical Association found the number of American women ages 25 to 39 with advanced cases of breast cancer has climbed 2 percent every year since the 1970s. Young women’s tumors are likely to be more dangerous than older women’s cancers.

Myth 3: Mammograms are not effective until a woman is at least 50.

Truth: Because most women under 50 have denser breast tissue, it was more difficult for radiologists to find tiny cancers with film mammography. Digital technology improved the diagnostic rate. But because digital still looked at an image of the whole breast, it was possible for tiny cancers to hide behind healthy tissue. Three-dimensional mammography looks at breast tissue layer by layer, making it harder for cancer to hide.

Myth 4: 3D mammograms expose women to too much radiation.

Truth: Stress associated with additional testing to rule out cancer is far less than the stress of radiation, chemotherapy and/or surgery. Also, because medical images from 3D mammograms are so much clearer, the rate of false positives from 3D is far lower than with digital mammograms.

Three-dimensional imaging detects up to 40 percent more early cancers than 2D, according to large-scale clinical research published in Radiology, the scientific journal of the Radiological Society of North America, and later in Lancet, the leading British medical journal.

Linda Greer, MD, a radiologist specializing in breast imaging, is medical director for John C. Lincoln Breast Health. The information in “To Your Health” is provided by John C. Lincoln Health Network as general information only. For medical advice, please consult your physician.