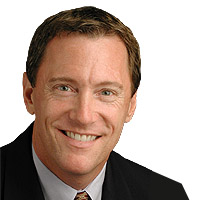 Simplot announced a year ago this month that he would not seek an additional term as the District 4 councilman.

“I recognize it is an unusual step to pause my political career after almost 10 years of elected service, but for me the decision is grounded in a few simple realities,” he stated. “First, I’m a believer in term limits; 10 years in one job is enough for any politician. Second, I have a rewarding career as president of the Arizona Multihousing Association that will afford me many ways to impact our community from a different perspective.”

He also served on the Board of Directors of the Phoenix Symphony Association, on the board of Southwest Human Development (a community-based social service agency), as well as on the Community Advisory Board for Wells Fargo Bank. He also recently served as one of three municipal members of the Federal Communications Commission Intergovernmental Advisory Committee.

During his time on the Phoenix City Council, he served as chair of the Parks, Arts, Families & Seniors City Council subcommittee, was a member of the Finance Efficiency, Innovation & Sustainability subcommittee, and the Neighborhoods, Planning & Development, Housing & Homeless subcommittee. In 2009, he was unanimously chosen by his fellow council members to serve as vice mayor.

One of the first steps Simplot took after winning his first election was to convene a Crime Summit, which he believes set the tone for his tenure.

“The people who came were my neighbors, not the usual suspects who turn up at meetings and know their way around politics,” he recalled.

That summit, the first of many, began a long conversation between Simplot and those citizens he represented from District 4.

“An old adage says that one person alone cannot change the world, but that same person can cast a stone across the waters to create many ripples. I’m proud of the many ripples we started from my City Council office since 2003, and with the programs and initiatives undertaken by so many people throughout District 4,” Simplot said.

“From the grassroots effort to raise private funds for Steele Indian School Dog Park to community meetings on topics ranging from historic preservation to anti-graffiti programs, to creating permanent supportive housing for the chronically homeless, together we caused ripples that continue to improve Phoenix. And we proved that an engaged group of citizens can still make a difference. I know the ripples will continue long after I leave the council.”

Simplot, an attorney and licensed realtor, also has worked in public service at the state and county levels as a senior advisor to former Gov. Fife Symington and as chief of staff to former Maricopa County Supervisor Betsey Bayless.

Maricopa County Board Chairman Andy Kunasek commented that Simplot’s legacy stretches far beyond the borders of the city. “From my perspective, one of his enduring accomplishments will be the softening of the historically jealous and hostile relations between the county and Phoenix city governments,” he explained.

“When Tom took office, he and I committed to improving the city/county relationship. Today that relationship is outstanding, from the mayor’s office on down. We work together to serve our common constituencies. [Tom] deserves the lion’s share of the credit. His thoughtful, diplomatic approach to government will be missed.”