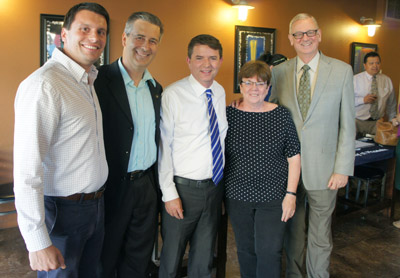 Bidding farewell to former District 3 City Councilman Bill Gates, center, who stepped down from his seat on May 31, are four of the six fall special election contenders to replace him, from left: Chris DeRose, Dan Carroll, Debra Stark—who will fill the seat until the special election—and Jim Mapstead (photo by Teri Carnicelli).

Phoenix City Councilman Bill Gates, who represented District 3 since 2009, resigned his seat on May 31 to make a run for the Maricopa County Board of Supervisors. The City Charter states that when a vacancy occurs with more than one year remaining in the term, the City Council must appoint an individual to fill the vacancy until a special election is held to fill the remainder of the term.

There were nine contenders for the fill-in position, and Stark was selected with a 6-1 vote. She will now face five challengers in the fall special election: Dan Carroll, Chris DeRose, Charles Hargrave, Jim Mapstead, and Ann Wallack.

Stark, who has lived in District 3 for almost 30 years, has experience in both city and county government in that she previously served as the Planning and Development director for the city of Phoenix from October 2005 to October 2012, when she left to serve as the Planning and Development director for Maricopa County. She resigned her position with the county in April to run for the vacant Phoenix City Council seat.

The city will hold a special election on Nov. 8 to fill the District 3 Council seat for the remainder of the term. 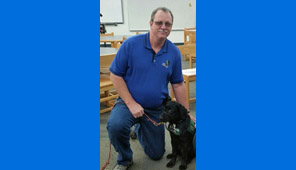 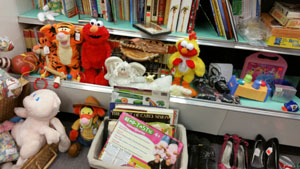 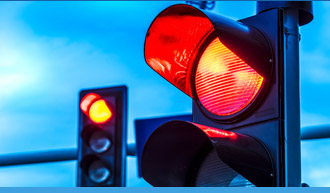 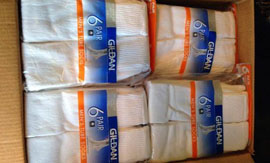