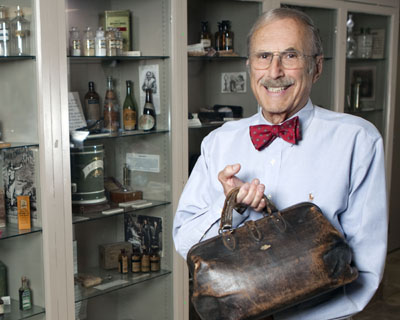 From Civil War amputation tools and antiquated European enema kits to a jar that once held hundreds of bloodthirsty leeches used for medicinal purposes, Abrazo Central Campus’s Medical Museum gives visitors a shot of gratitude for advances in health care.

The museum is one of the few in the country that houses the history of medicine in such a meaningful way. It is located on the first floor of Abrazo Central Campus (formerly Phoenix Baptist Hospital), 2000 W. Bethany Home Road.

“It’s fascinating,” said museum creator and curator Robert Kravetz, a retired gastroenterologist. “We have to learn from history. We have modern medicine now but all that is built upon the shoulders of those physicians that went before us.”

Kravetz discovered what was the first of many pieces for his medical museum collection one summer when he stepped into an old drug store in Newburyport, Mass., and stepped back in time.

It was the 1970s but the drug store had kept everything from as far back as 1841, including pharmaceutical bottles with original labels and contents. Kravetz purchased three tons of medical memorabilia to kick off his collection.

“It was an antique heaven,” recalled Kravetz, who retired from the Abrazo Central Campus in 2000, after 35 years. He continues to teach medical residents at Abrazo Central Campus part-time and is a clinical professor on the faculty of the University of Arizona College of Medicine-Phoenix.

Over time, the collection evolved as Kravetz picked up pieces both locally and throughout his travels. He tracked down treasures in local garage sales, antique stores and European flea markets. The museum holds several hundred vintage items.

Each item in the collection has been well researched and detailed information about its former usage is part of the display. Some of the items in the museum, such as cigarettes used to cure asthma, are amusing. Others, including bleeding instruments that supposedly removed bad blood, seem barbaric. A few pieces actually point to the future of medicine. Kravetz thinks the amputation kit from the Civil War era could actually be used today.

The museum contains relics that reflect both the quackery of the past and the beginning of modern day medicine. Medicine is in a constant state of evolution and contemporary cures may someday have their own shelf in the Medical Museum.

“In years past, some things that were done medically were thought to be accurate and effective and now we look back and say those weren’t successful,” explained Kravetz. “I predict that years from now, people will look back to 2015 and say what we are doing now is archaic.” 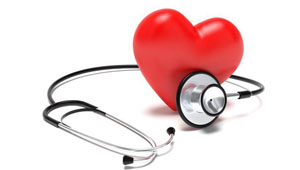 How to manage your congestive heart failure 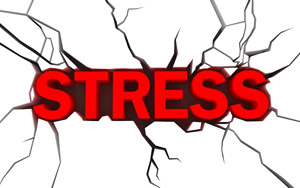 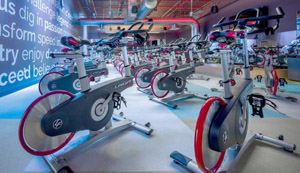