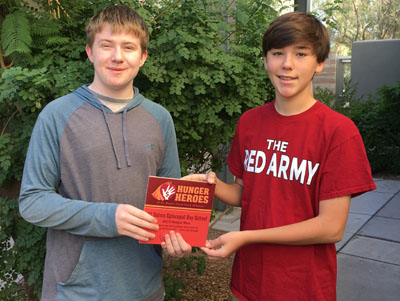 Low-cost meals available in schools
The Madison School District is participating in the National School Lunch and Breakfast Program for the 2016-17 school year. As part of this program, all Madison schools will offer healthy meals every school day. Breakfast costs $1.15 at all sites; lunch costs $2.25 at the elementary sites and $2.50 at the middle schools. Your children may qualify for free or reduced-price meals. Reduced-price is $0.30 for breakfast and $0.40 for lunch.

Summer stays busy in the Osborn district
Approximately 250 students participated in the Osborn Summer Academy, where they participated in reading and math intervention and had opportunities for exploration and inquiry in science. Students enjoyed small class sizes, which allowed for strategic intervention and increased opportunities for individual and small group instruction.

Students celebrated their learning in a student-led showcase on the final day of Summer Academy. Approximately 100 families and community members attended the showcase event to learn and experience a wide variety of science concepts.

Encanto named an A+ School by the AEF
The Arizona Educational Foundation (AEF) announced in April the names of 40 Arizona public schools receiving the coveted A+ School of Excellence award for the 2015-2016 academic year. Among them was Encanto School, led by Principal Michael Robert. It was the only school in Central Phoenix to receive the A+ rating.

“The A+ School of Excellence program celebrates outstanding schools throughout Arizona and calls attention to the positive stories and successes occurring in public schools,” explained AEF Executive Director, Bobbie O’Boyle. “We applaud these schools for doing whatever it takes to meet their students’ needs and achieving overall success despite some of the challenges that face the education community statewide.”

Since 1983, AEF has identified and honored exemplary pre-kindergarten through 12th grade public schools in Arizona. Applicant schools are evaluated in the areas of student focus and support, school culture, active teaching and learning, curriculum, leadership, community and parent involvement and assessment data.

Schools receive $500 and a banner designating them as an A+ School of Excellence winner.

First-year teachers can earn $40k
First year teachers at Phoenix Union High School District will break the $40,000 salary for the first time in 2016-17, according to a salary package approved by the Governing Board on April 7, mostly due to voter approval of Proposition 123. Newly hired teachers with a master’s degree can receive up to eight years’ experience on the salary schedule, earning $54,828.

For teacher and other position postings, go to www.phoenixunon.org/jobs.

Arreola nominated for national award
Hugo Arreola, a campus lab technician at Metro Tech, is a nominee for the National Education Association 2016 Social Justice Activist award. It is presented to an individual who demonstrates the ability to lead, organize and engage educators, parents, and the community to advocate on social justice issues that impact the lives of students, fellow educators and the communities they serve.

Arreola takes his own experience as a DREAMer (Development, Relief, and Education for Alien Minors) to drive change for DREAMer students. He advocates for high school students from underserved communities so that they have equal opportunities and resources. He is also deeply engaged in community outreach and advocacy for students and their families ensuring that students have the information they need to apply for Deferred Action and to achieve the American Dream.

Still time to nominate ‘Most Valuable Teacher’
In sports, there is a Most Valuable Player or MVP award. The Arizona Diamondbacks Foundation developed the D-backs MVT (Most Valuable Teacher) Award to support the everyday heroes in our schools that are shaping the future for our community and our kids.

You can nominate an educator that has made a difference in your life by submitting an essay prior to Aug. 19 at: https://securea.mlb.com/ari/community/mvt_form.jsp. In September, the D-backs will recognize and award the Teacher of the Year who will receive on-field recognition and a $5,000 grant.

Williams spent the first 21 years of his career as a special agent for the Organized Crime Division of the State Attorney General’s Office. He traveled across the United States as an instructor for law enforcement in various capacities. After he retired, he became a high school English teacher.

Cook takes the lead at Camelback High
Camelback High School will have a new principal at the helm when the 2016-17 school year begins Aug. 8.

Dana Cook takes over the top spot at Camelback, replacing Quintin Boyce, who becomes the Executive Director of Teaching and Learning for the district. Cook most recently was the assistant principal for instruction at Maryvale High School, where she served for nine of her 22-year career.

Inaugural McKay scholarships awarded
Last summer, North High’s Assistant Principal for Instruction, Melville McKay, passed away. The school decided to honor him by creating a scholarship fund in his name. Through several events, including a memorial potluck, two salsa contests, a pie bake-off, and a cookie contest, the North High staff and friends raised $2,500 and awarded $500 scholarships to five college-bound North seniors.

CAPE Department wins state awards
The Washington Elementary School District Communications and Public Engagement (CAPE) Department was presented with the Public Relations Partner Award by the Arizona Education Association Foundation for Teaching and Learning on May 7.

The Public Relations Partner Award honors an exceptional school public relations person or group who has demonstrated a strong relationship between the district, the local association and the community and whose efforts have improved the public’s understanding about public schools.

The WESD CAPE team is involved in a variety of activities, events and media that promote the accomplishments and activities of staff members including Read Across America, employee and community recognition programs, media relations and the district-wide food drive.

The department also was honored with three awards of excellence and one award of distinction by the Arizona School Public Relations Association (ASPRA) during the annual Superintendent’s Luncheon and ASPRA*tions Awards in April.

Orangewood welcomes new principal
Orangewood School is starting school with a new leader–Principal Colleen Mahoney. Mahoney comes to the WESD from Telluride, Colo., where she was principal at an elementary school for three years. Prior to that, she was a principal in Minnesota for three years.

Mahoney is taking the reins from Andree Charlson, who retired in June after 10 years as principal at Orangewood. Mahoney said her goals for this year include learning about Orangewood and the WESD, continuing to build upon the positive culture and maintaining and growing community partnerships.

ASEDS named a Hunger Hero–again
All Saints’ Episcopal Day School has been named as a Hunger Hero by St. Mary’s Food Bank Alliance. All Saints’ is receiving this honor for the fourth consecutive year. St. Mary’s Food Bank Alliance recognizes and honors organizations making an extraordinary impact in our community through gifts of volunteer time, food drives, and cash donations. Other Hunger Heroes include AAA, Arizona Coyotes, and Phoenix Suns Charities.

Students at All Saints’ participate in service learning throughout the school year. St. Mary’s Food Bank Alliance is just one of the school’s community partners.

Tesseract welcomes new head of school
Tesseract School is under new leadership. Bruce Werber recently moved to the Valley from the San Francisco Bay area where he has served as the assistant head of school for the Brandeis School of San Francisco for the last eight years.

His educational experience includes teaching humanities at the Lahore American School in Lahore, Pakistan; and humanities and mathematics at the Japan International School in Tokyo. Werber started in education working with Teacher Corps in urban Louisville, Ky., working with multiply disabled elementary students.

The Most Rev. Thomas J. Olmsted, Bishop of the Roman Catholic Diocese of Phoenix, noted that the dual leadership structure of president/principal is an emerging model of administration in Catholic secondary schools in recent years, offering shared authority and a division of responsibilities between two people that allow both president and principal to focus on better serving their Catholic high schools, students, families, and communities.

Since becoming principal in 1974, Fitzgerald has built a tradition of excellence at Xavier through the school’s innovative academic curriculum, community service, leadership development, and diverse extracurricular opportunities.

Nuckols joined Xavier’s faculty in 1974 as a history teacher. Prior to becoming the school’s vice principal of academics and campus minister, she served as department chair of social studies and theology, and she continues to teach AP European history. She has earned two master’s degrees, one in Modern European History (1975) from St. Louis University and the other in Educational Administration (2007) from Grand Canyon University.

Five years ago, Xavier introduced the global opportunities in Ecuador, France, and Nicaragua as well as an exchange program that welcomes German students to Arizona each fall and sends Xavier students to Aachen, Germany, each winter. An annual Easter pilgrimage to Lourdes, France, and this summer’s trip to the Holy Land and to Krakow, Poland, for World Youth Day 2016 complement the school’s international offerings this year.

The objective of Xavier’s International Studies Program is to provide its students and faculty with global religious, educational, cultural, and service offerings.

Local students receive softball accolades
Xavier seniors Megan Donahey, Becky Ducar and Caitlyn Dickman were honored with Division I softball accolades. Donahey, a center fielder, was named to the Arizona Republic/azcentral.com All-Division I Team; Dickman, a pitcher and first baseman, was named Division I Honorable Mention. They also were selected to play in the annual Division I All-Star Game in June.

Civil Engineering and Architecture (CEA) is an engineering specialization course in the Project Lead The Way (PLTW) Engineering Program. In CEA students are introduced to important aspects of building and site design and development. They apply math, science, and standard engineering practices to design both residential and commercial projects and document their work using 3D architectural design software.

Aerospace Engineering (AE) is a course that ignites students’ learning in the fundamentals of atmospheric and space fight. Students explore the fundamentals of fight in air and space as they bring the concepts to life by designing and testing components related to fight such as an airfoil, propulsion system, and a rocket. Students learn orbital mechanics concepts and apply these by creating models using industry-standard software. They also apply aerospace concepts to alternative applications such as a wind turbine and parachute.

And the future looks even brighter: Traveling with the Upper School team were 18 members of the PCDS Middle School Speech & Debate team, which also qualified to compete at Nationals.

In the tournament competition, the PCDS Middle School Speech & Debate team competed against more than 1,200 competitors from nearly 200 middle schools from around the country. The team finished as Team National Champion. Bolstered by individual National Champions Bennett Montrose and Olivia Boscardin (eighth grade) and multiple individual national runners-up and top-twelve finishers in their respective categories, the PCDS Middle School team was exceptional.

These middle school students were coached by Ryan Joyce, and supported through the mentorship of the PCDS Upper School Speech & Debate team members and coaches.

Known for his “Musical Ministry” outreach, the high school musician has performed for residents of Phoenix senior facilities, veteran’s homes, church groups and is also the violinist for Saturday mass at St. Thomas the Apostle Catholic Church. Pittman’s website, http://worldsstrongestviolinist.com, details his outreach efforts and his achievements in sports and academics. 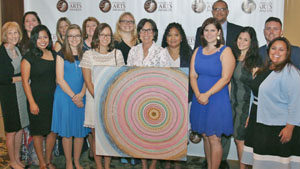 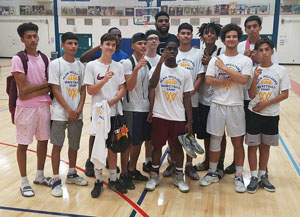 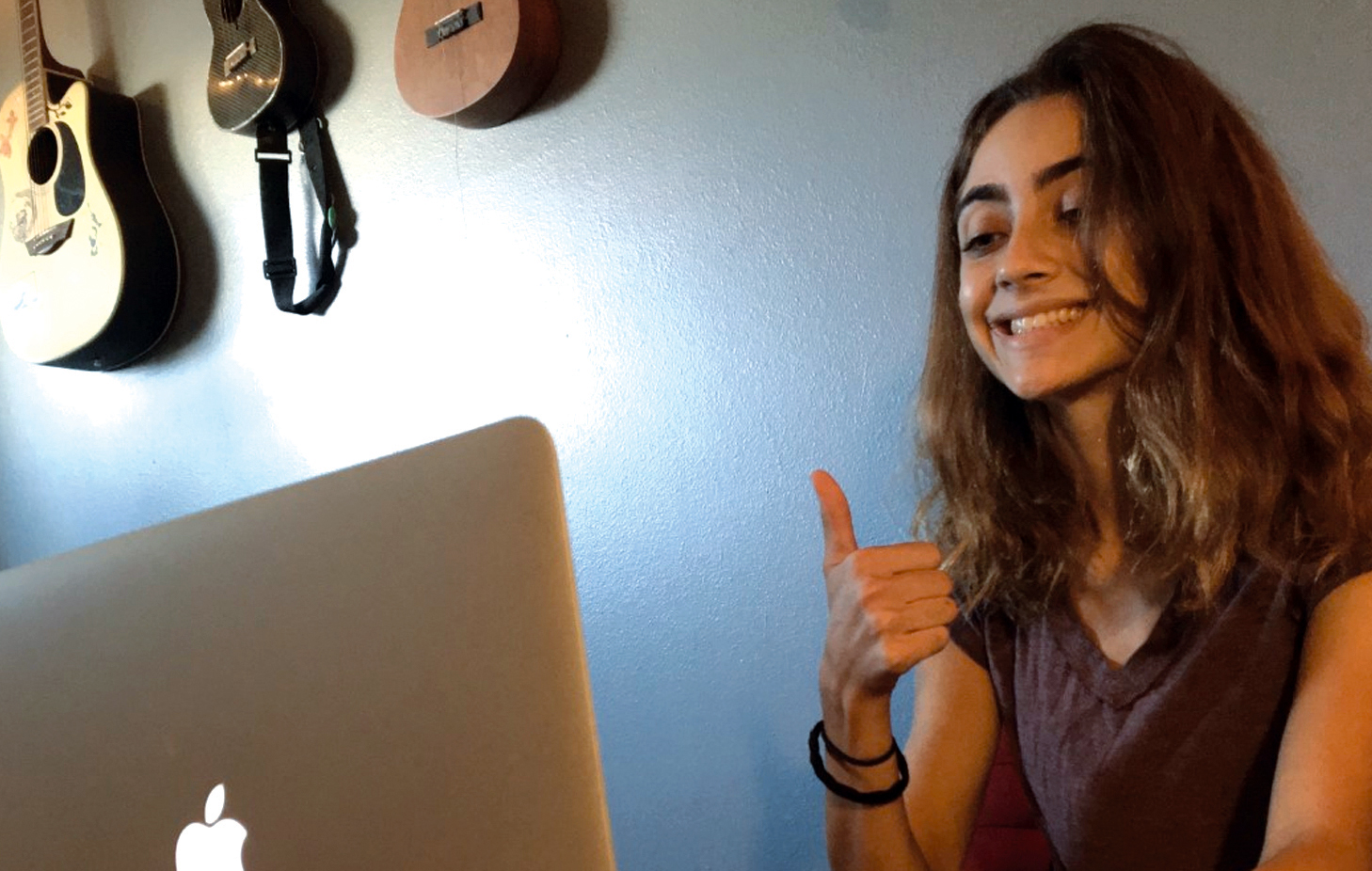 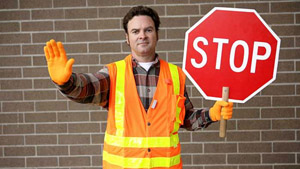