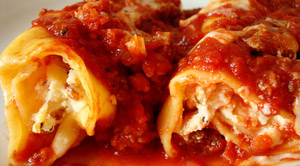 A longtime favorite Sunnyslope dining spot has recently changed hands, and while the menu has changed slightly, regulars will find some old favorites still available.

Originating in 1993 as Our Gang Café by Robert and Dino Brescia, the restaurant was transformed and updated in 2007 by the brothers into a Northern Italian style bistro called Il Posto, with a new look and menu. This local landmark is now in the capable hands of Chef Greg Ziegler (a.k.a. “Ziggy”), who founded NYPD Pizza.

As fate would have it, Ziegler met the owners of Our Gang in 1996 when he purchased his original pizza ovens from the Brescias. Twenty years later, Ziegler and his wife, Cindy, are carrying on the 23-year tradition of the former Our Gang as Ziggy’s Il Posto. “Il Posto” means “place” in Italian, so it’s literally “Ziggy’s Place.”

Regular customers will find some old favorites along with new pizza additions. House specialties include the Zuppa de Pesce, baked tortellini and seafood manicotti. P.E.I. mussels, Littleneck clams, U.S. wild-caught shrimp and center cut salmon are mainstays of the menu. The eatery uses locally made sausage, with Ziegler’s homemade meatballs and a house marinara sauce that simmers for three hours before being ready to serve.

The restaurant has a large outdoor patio and bar and an upscale lounge next door, which offers live music several nights a week. 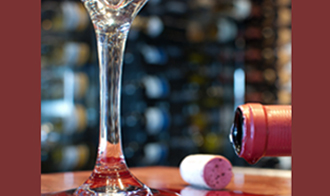 Treat dads and others to Phoenix City Grille specials 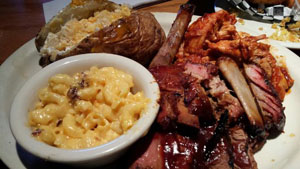 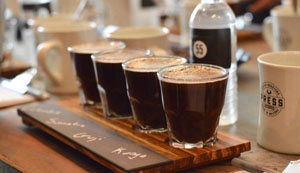