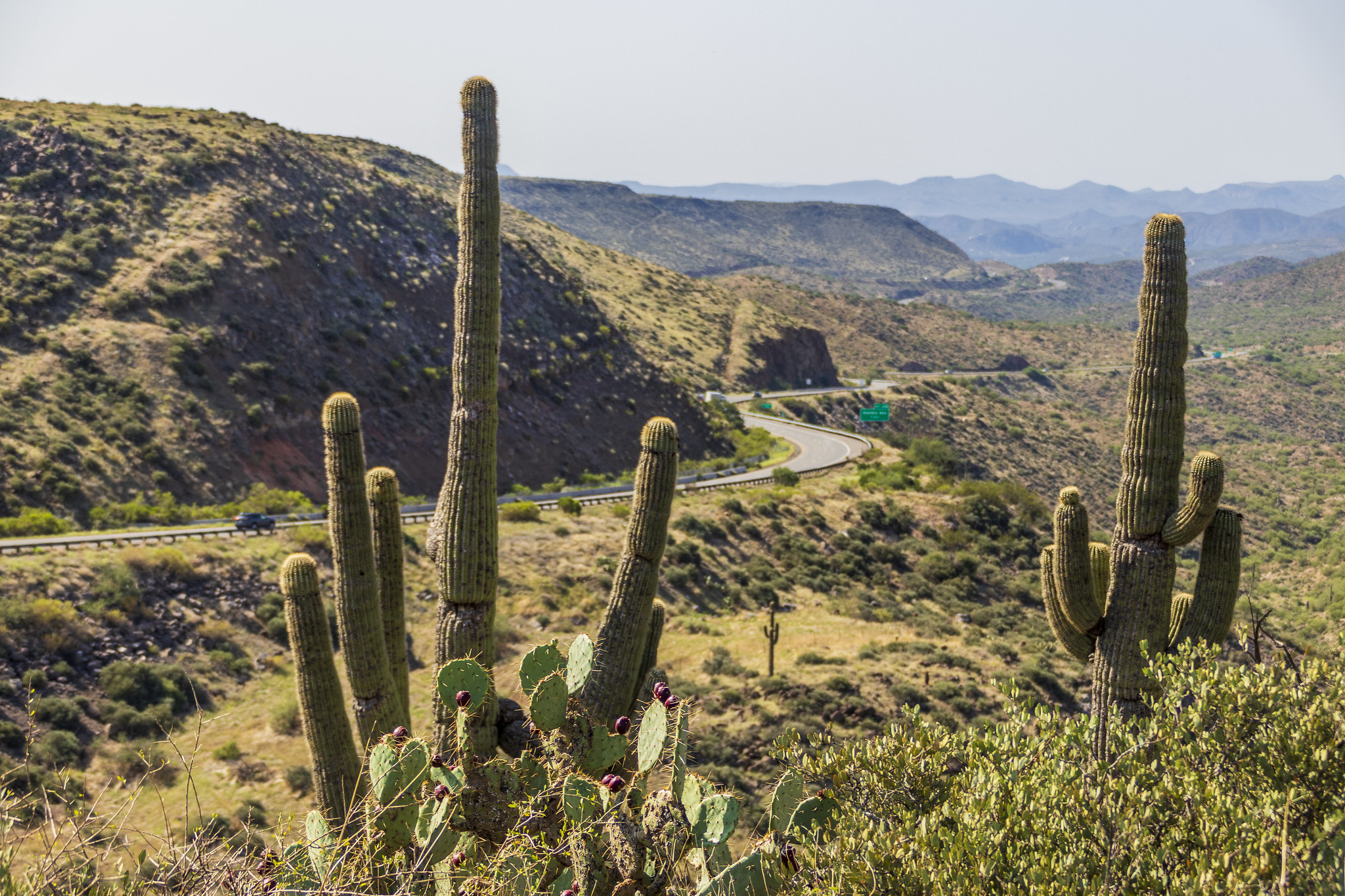 The Arizona Department of Transportation (ADOT) is alerting drivers who travel I-17 between Anthem Way and Sunset Point at night to plan ahead to avoid major delays. The highway is closed regularly during the weeknight overnight hours for controlled rock blasting over the next several months. The blasting work is part of the I-17 Improvement Project.

ADOT says that, generally, blasting will occur between 10 and 11 p.m. However, the window of time for this work to occur is between 10 p.m. and 4 a.m. The start and end times of each closure could vary based on blast-site, weather and traffic conditions, or other unforeseen circumstances.

On weeknights when controlled rock blasting is scheduled, crews will begin narrowing I-17 to a single lane in both directions at 7 p.m. and then fully close the highway after 10 p.m. Drivers should expect delays while crews set up traffic control, and use caution around construction personnel and equipment.

The goal of the I-17 Improvement Project is to help alleviate congestion and improve safety and traffic flow north of the metro Phoenix region. The 23 miles of improvements include 15 miles of roadway widening from Anthem Way to Black Canyon City. One travel lane will be added in each direction along this stretch. In addition, an eight-mile flex lane system will be constructed from Black Canyon City to Sunset Point. Flex lanes are a new feature for Arizona’s highway system and are proven technology to help reduce congestion on I-17 during peak travel times and allow for traffic movement during emergency situations.

Learn more about the project at www.improvingi17.com. 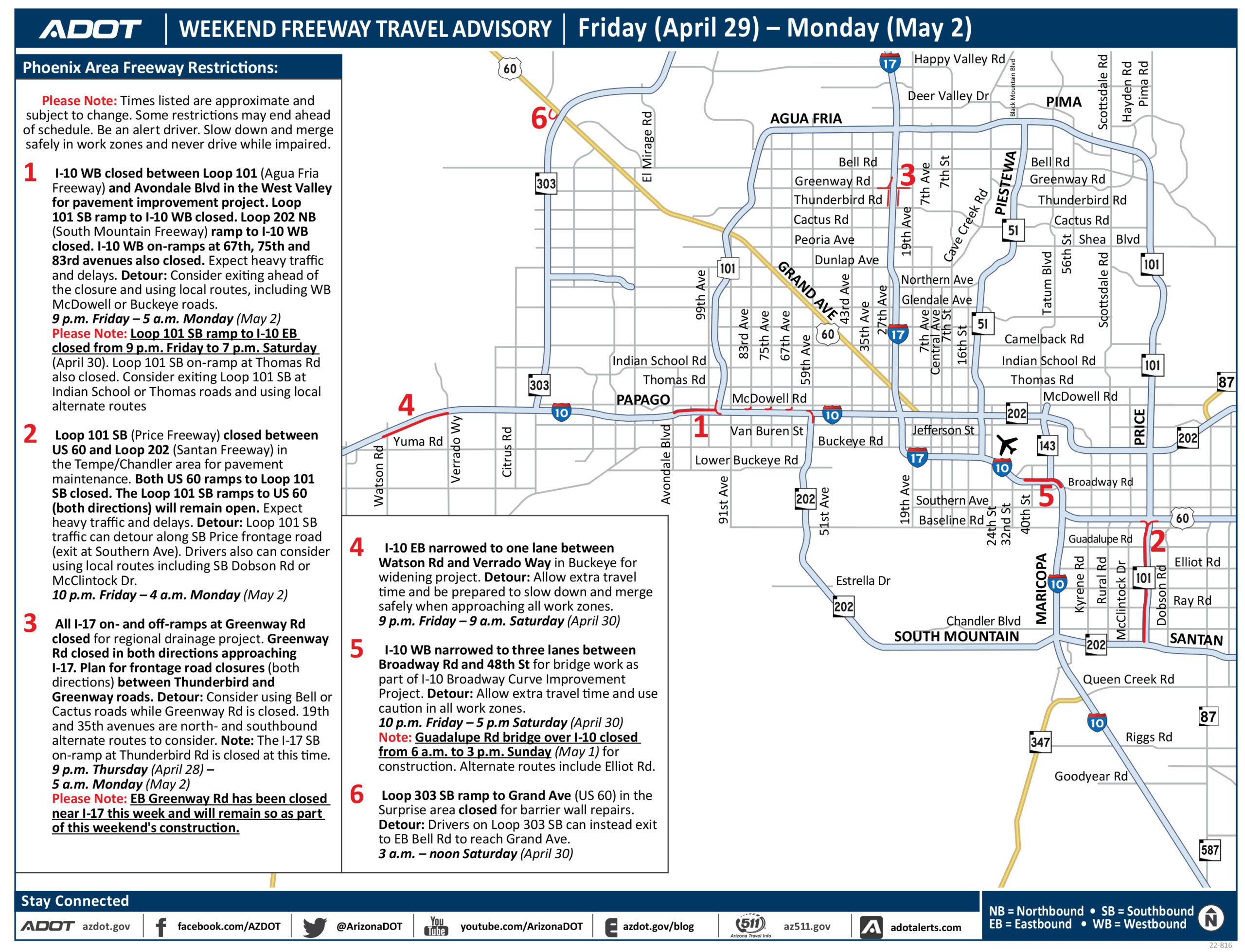 Scheduled closures and restrictions along Phoenix area freeways, April 29 – May 2 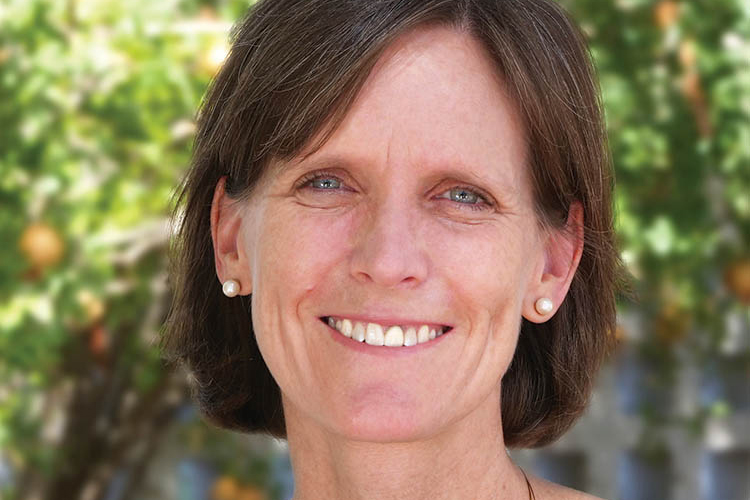 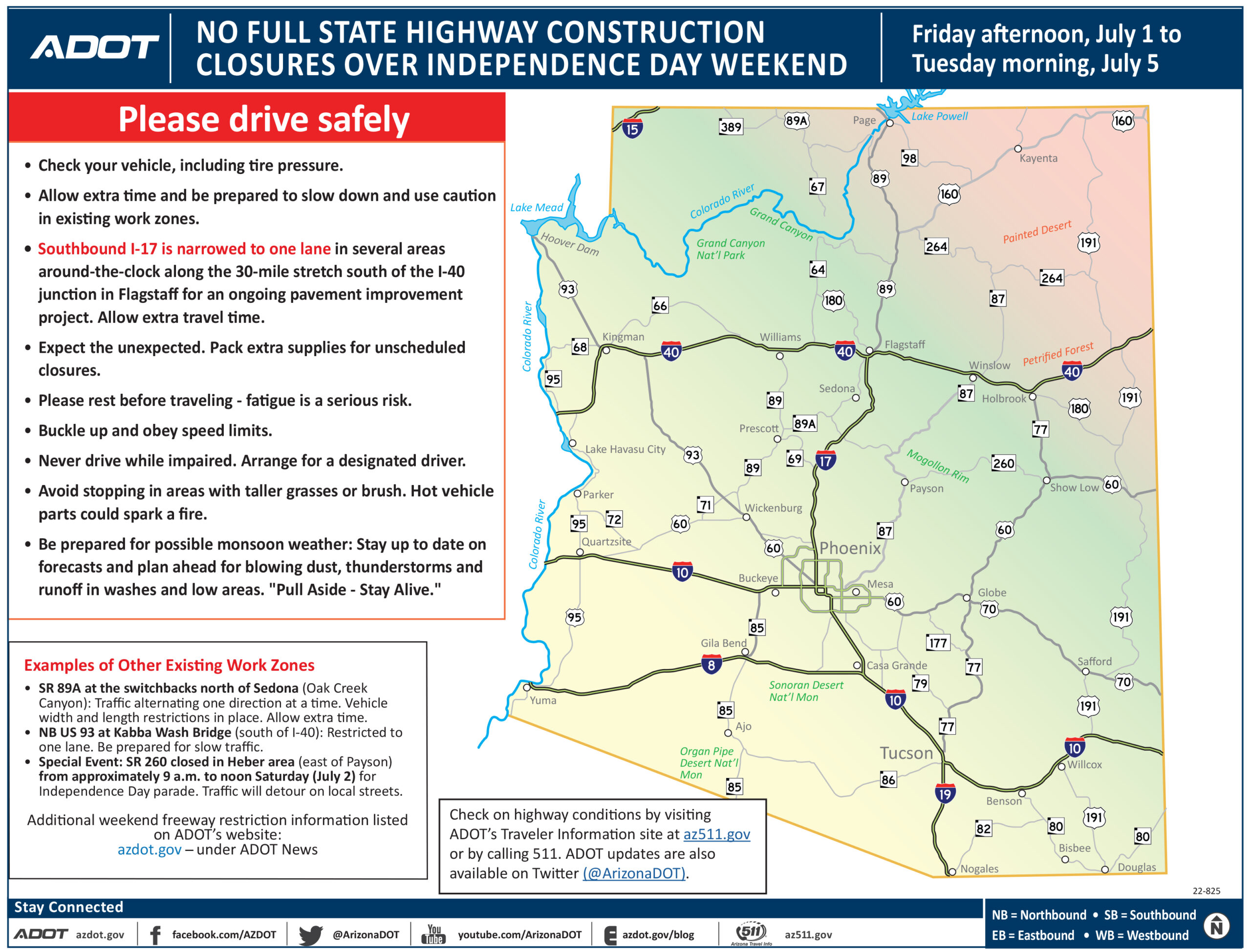 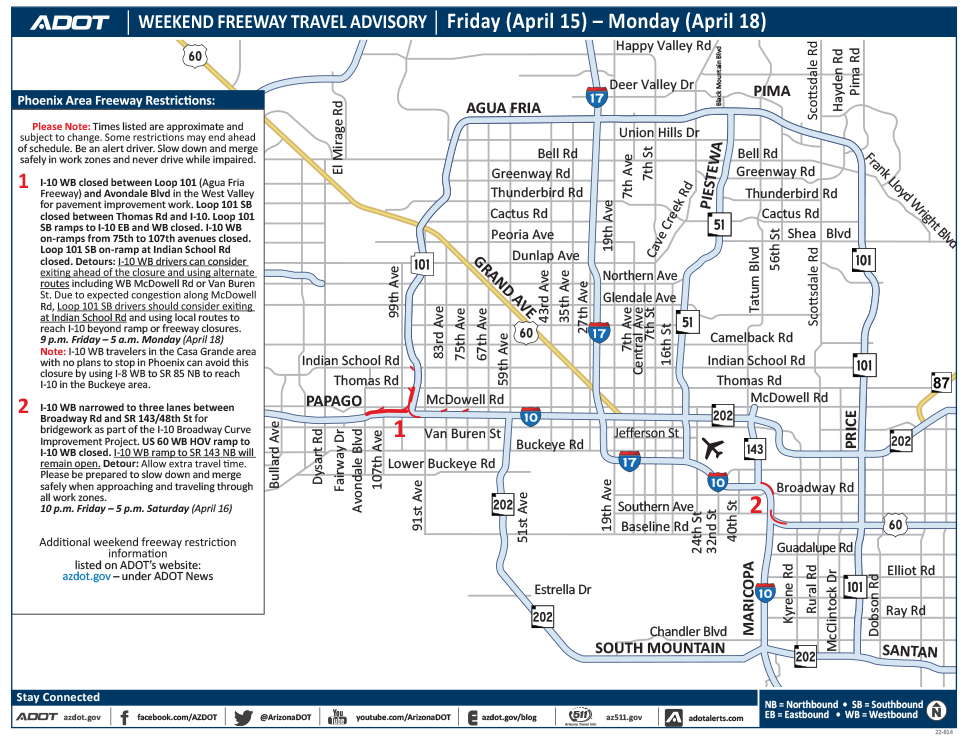