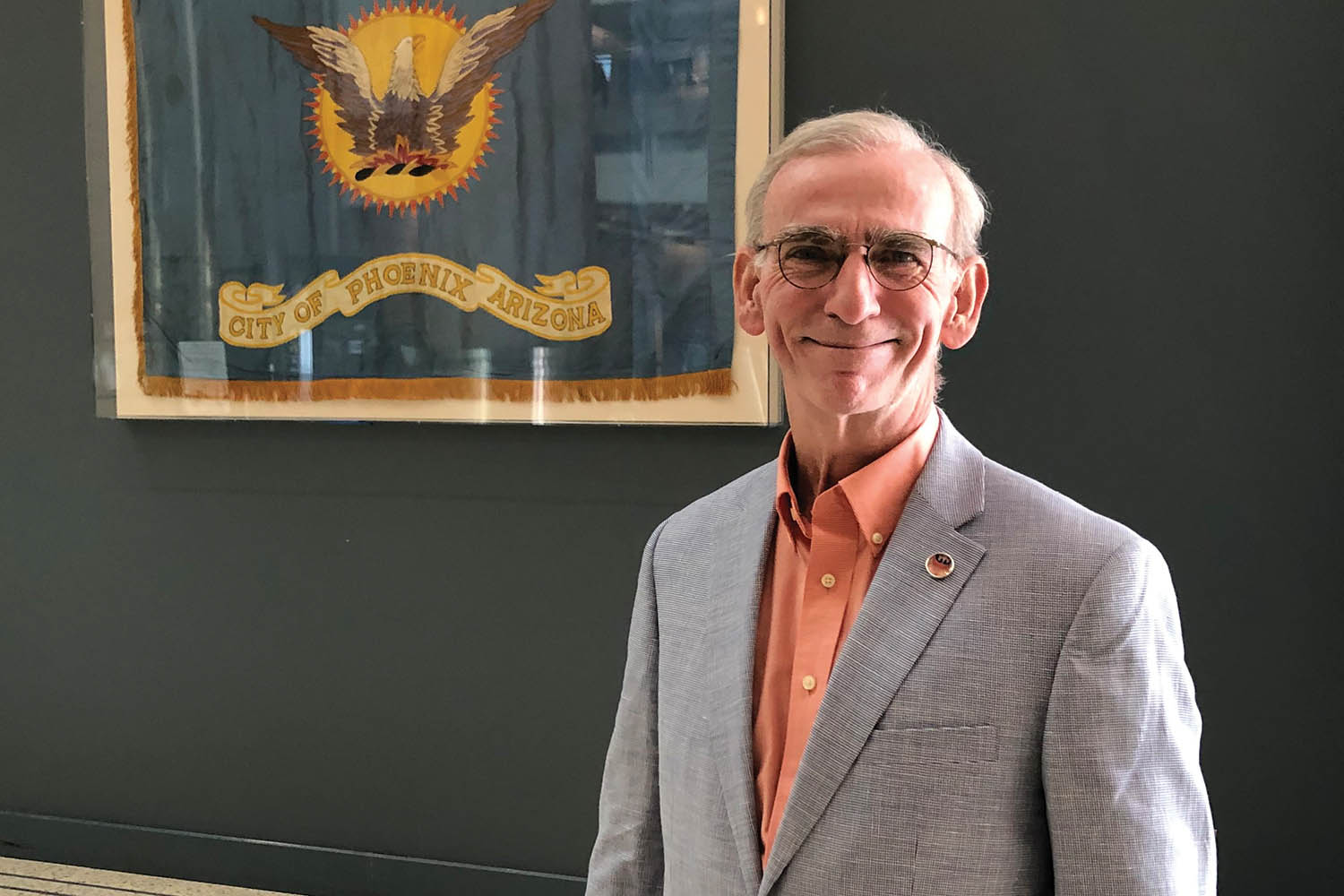 “Steve will work with us to document and share the history of Phoenix, from its earliest days to the present,” said Mayor Kate Gallego. “I have always believed the future of Phoenix builds on the strong foundation of its past, beginning with the ancient indigenous peoples who first lived here. By understanding our unique cultural history and traditions, we can celebrate in a way that helps residents learn, understand, and respect our past.”

Schumacher’s passion for researching Phoenix history and educating Valley residents was formed about 10 years ago. On a day that reached 118 degrees, he asked, “Why did people come here in the first place?” That moment began his journey discovering Phoenix’s fascinating history and recognizing the huge opportunity to increase awareness of that history.

He will put his public speaking skills to use educating as many people as possible, especially teachers and schoolchildren. As Mayor’s Office Historian, Steve will work closely with Mayor, city staff and history-related groups to actively honor and celebrate Phoenix’s civic memory.

One of the first projects of focus is identifying other remarkable locations in and around downtown neighborhoods, such as The Rosson House, Eastlake Park and Pueblo Grande Museum and Archaeological Park.