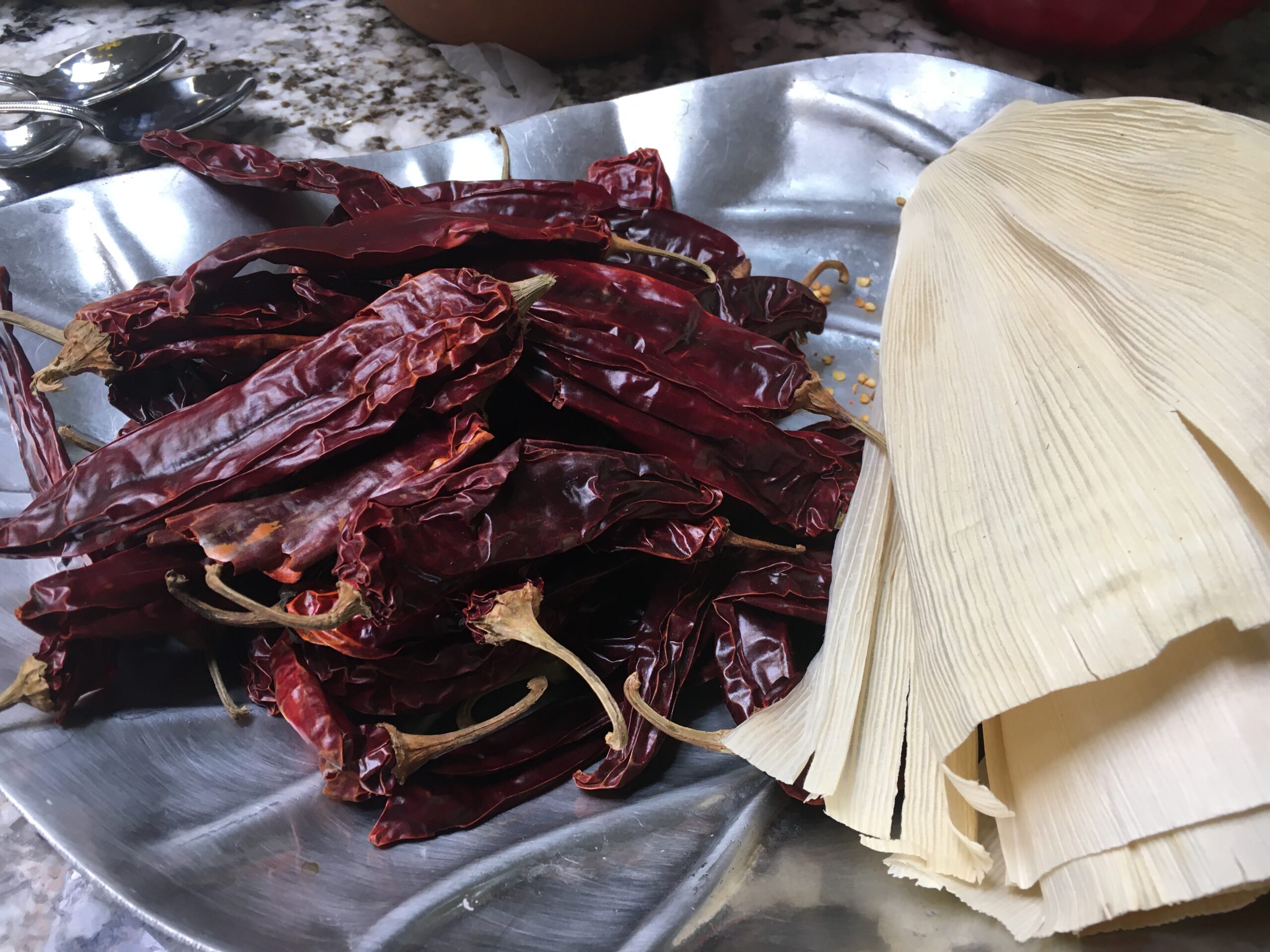 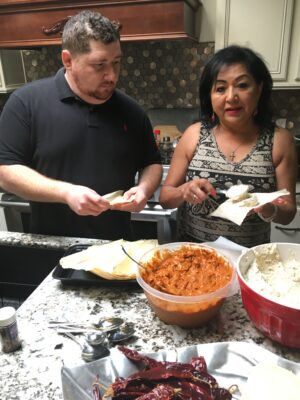 Sylvia Menchaca is making tamales with her son, Mateo Menchaca, sharing tips and techniques she acquired over decades working in her family’s restaurants and then at her own, Sylvia’s La Canasta.

Dried corn husks are soaking on the spacious kitchen island in her century-old North Central home, next to a big bowl of beef in red chile sauce, another bowl filled with masa, and squares of parchment for wrapping the filled and folded tamales — an assembly line that helps her make quick work of the preparation.

“Corn husks have a rough side and a smooth side,” she tells Mateo, running a fingernail over the husk to test. “You want to put the masa on the smooth side, otherwise it will stick to the husk when you try to unwrap it.”

The soaked husks look like a fan, and Sylvia holds one in her cupped hand, smooth side up, with the long edge facing away from her. With a few deft strokes she spreads a heaping spoonful of masa over the top half of the husk. That’s followed by a spoonful of beef and red chile sauce (chilled so it’s thick). She wraps the husk over the fillings, folding in one side, then the other, like folding a letter. The bottom husk is folded up to form a neat package, and the finished tamale is wrapped in a square of parchment paper, ready for steaming.

“You can buy everything from us, including the prepared masa, to make your own tamales,” she said. She makes it look easy, but for most folks, ready-made tamales are their choice for holiday meals, and that means busy weeks for the Sylvia’s team.

That also used to mean lines of customers out the door of her venerable restaurant, Sylvia’s La Canasta at 7th Avenue and Missouri. It closed in 2018, after 30 years, and recently Sylvia closed its final location, in Deer Valley.

While their brick-and-mortar restaurants are gone — they’re looking for a new location — Sylvia’s La Canasta carries on, with a “ghost” operation for online delivery and pick-up orders at the Highland Food Hub at Highland and 7th avenues.

They’re gearing up for the holiday crush while planning big changes for the family business. Once they find a location and get it up and running, Sylvia will be stepping away from actively running that business so she can focus on a new venture, consulting for restaurateurs and writing a blog, Sonoran Restaurant Consulting.

She’ll be working with would-be restaurateurs, as well as established company owners, sharing knowledge she acquired over decades in the business. Her first blog article is titled, “So You Want to Open a Restaurant,” focusing on basics for new restaurateurs.

“Number one is finances,” she writes. “Consider the amount of money you have to do this … Can you sell your vision to a loan officer or lender?”

Other topics include selling and marketing, the importance of ingenuity and flexibility to adapt to change, and organization skills.

While the blog and consulting will take most of her time going forward, “I’ll still do some cooking, but not day-to-day,” Sylvia said. “I’ll be helping out, guiding Mateo.”

And she’ll still come in to help make tamales. At the holidays, that’s an all-hands-on-deck endeavor. 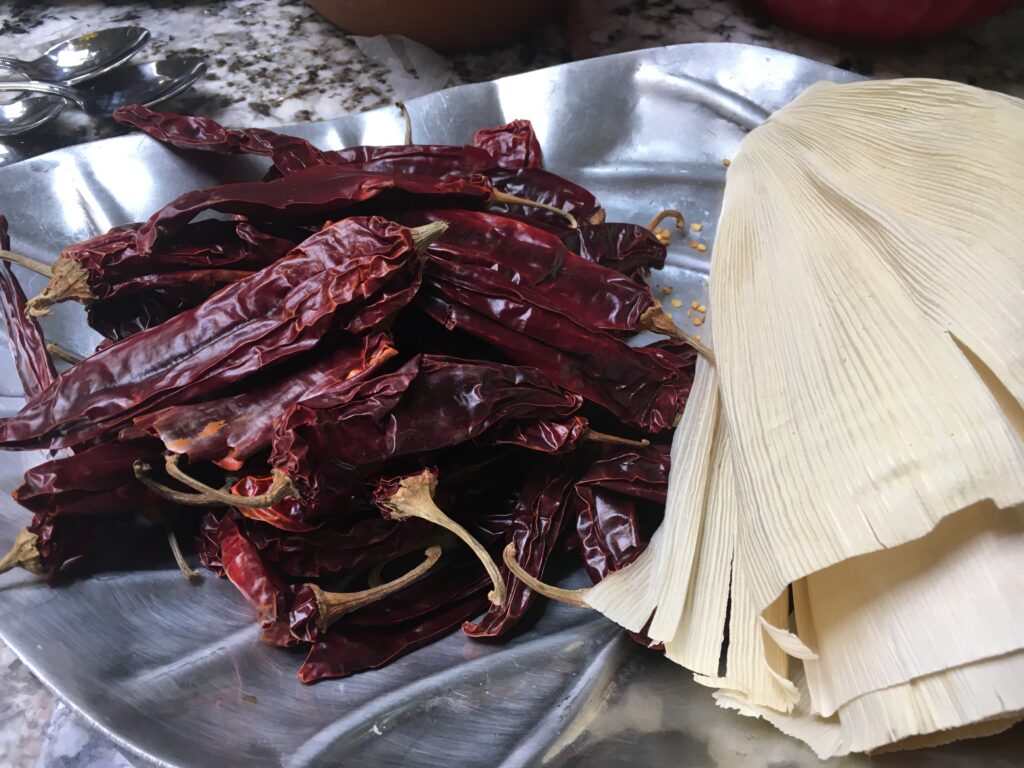 Meanwhile, Mateo is working his way toward completely running the new restaurant, building on all he’s learned while growing up in the family business. In a sense, he’s Sylvia’s first consulting client, coaching her son on the ins and outs of running the business.

“I’m also going to write a book, either a family story or a cookbook,” she said.

When the new restaurant opens, they’ll decide on the future of their ghost operation, Sylvia said.

“We may keep that open, but only because of the on-line aspect – people are used to that now.”

They also will continue their catering service.

“We hope to get some of my crew back from Sylvia’s La Canasta,” Sylvia said, “but what I’ve learned at the ghost kitchen is we don’t need as many people as we used to have.”

“I think we’re going to try to stay small and efficient. That’s the key.”

The new place will have old favorites on the menu, but Mateo plans some additions.

“I want to be open to new things, adding things like wraps, salads and soups.”

One thing customers can count on – there always will be tamales at Sylvia’s. 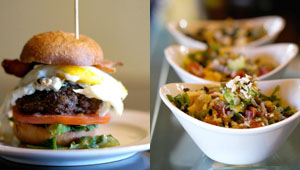 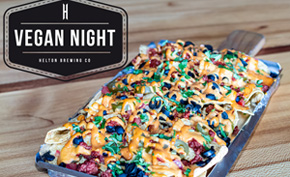 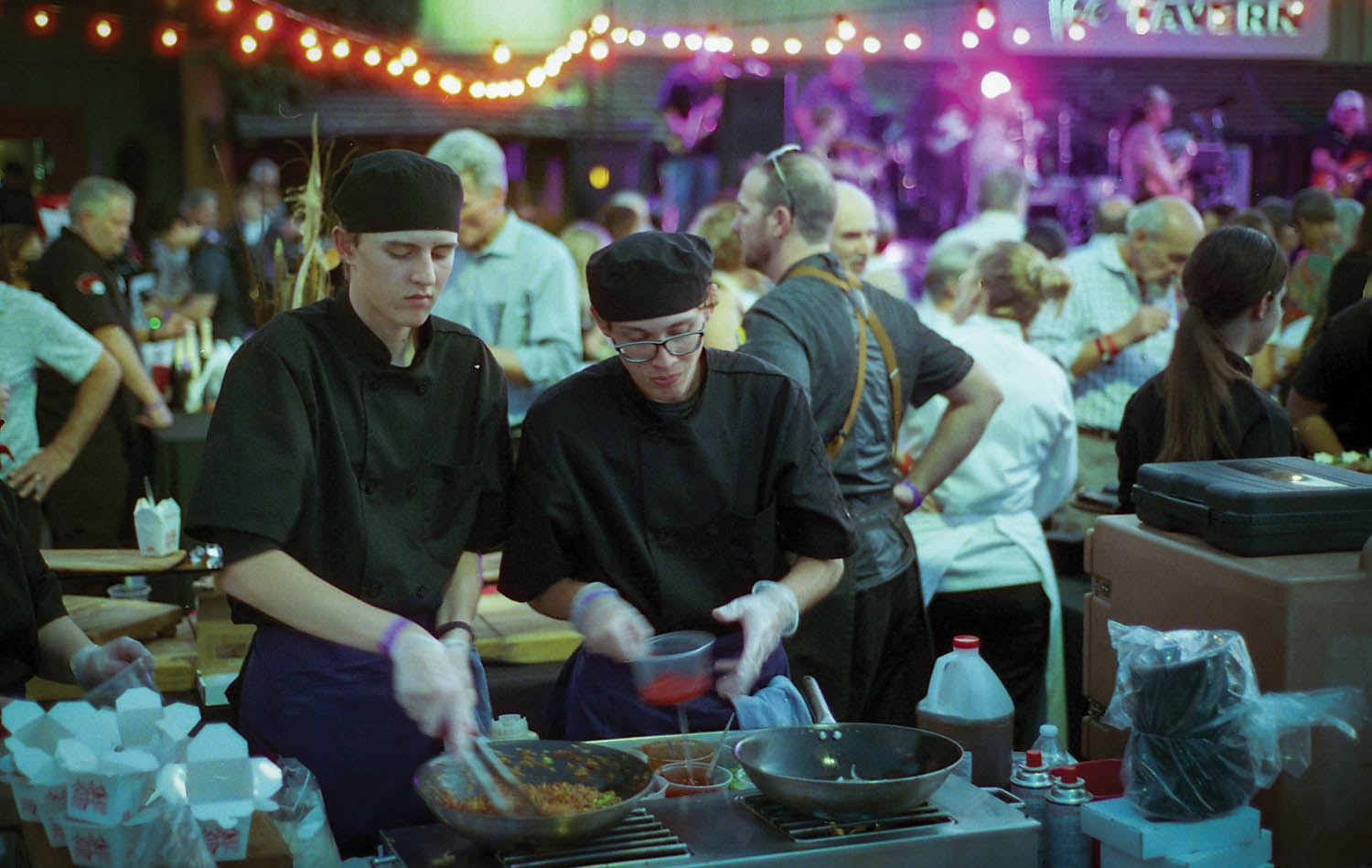 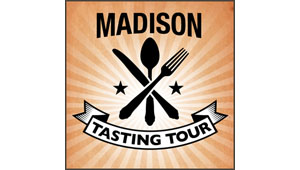