Settle in for comfort and creative cuisine 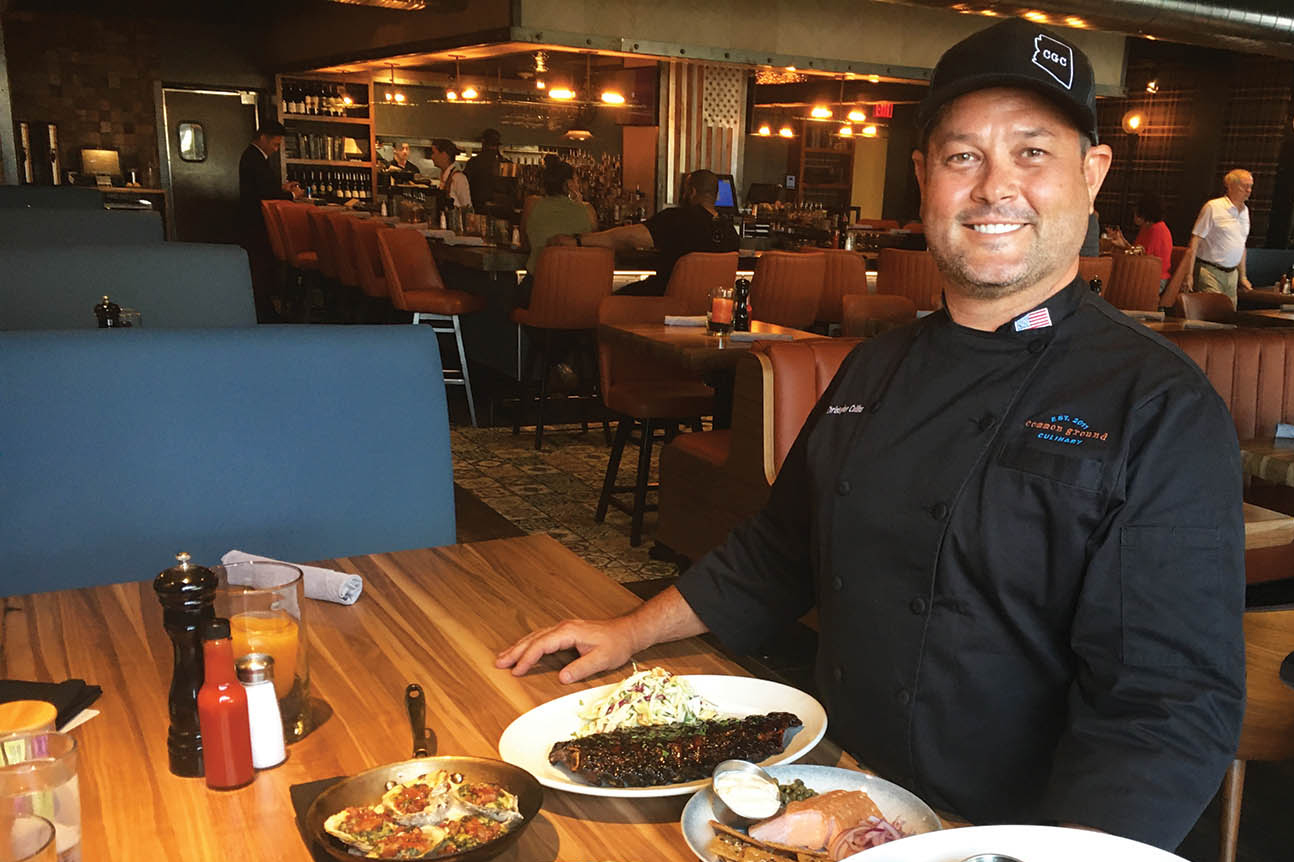 All you need to know about Neighborly Public House, at The Colony on 7th Street between Montebello and Missouri, is there in the name — a comfortable yet hip vibe where guests can eat, mingle and relax with delicious food and creative cocktails in a distinctly neighborhood setting.

It’s the latest offering from Common Ground Culinary, founded in 2011 by Christopher Collins, a culinary veteran with roots that stretch back four generations.

For Collins, “neighborly” is the core concept of each of the businesses he has developed. They include Neighborly Friendly House, Collins Bros. Chophouse, Grassroots Kitchen & Tap, Wally’s American Gastropub and The Macintosh, along with Sweet Provisions ice cream and bakery and Arcadia Catering Company.

“We get a lot of opportunities all over the Valley,” Collins said. “If I don’t have a personal connection with the neighborhood then I’m really not interested. I think that’s one of the strengths of our group — we’re not going to go everywhere.”

The Colony, a mid-century mix of retail and dining, has seen a number of shops, service businesses and restaurants in its seven decades.

Neighborly House is on the ground floor of the former Stock & Stable. Upstairs, one more Common Ground offering — St. Urban — is on tap.

“St. Urban will open later this fall, a very beautiful neighborhood wine café, with cocktails,” Collins said. “I envision groups going up there, getting a bucket of shrimp, shucked oysters and deviled eggs and having a bottle of white wine on every single table, with a cocktail on the side, enjoying all the open doors.

“It’s ready to go; I just didn’t want to open up in the summer so I can have the full effect of the open doors and this beautiful second-story bar up there. It’s going to be awesome.”

Collins looks for existing buildings that can be re-purposed rather than building from the ground up.

“We like to find locations where maybe other people haven’t done so well and there’s an opportunity for a local operator to come in and prove they know what the neighborhood wants. This concept is New American, done well by a local restaurant guy who wanted to kind of mirror the neighborhood. This neighborhood is a little more hip, has a little more of a broad range of people and demographics; we went after all of that.”

Customers here find historic photos of Phoenix lining one long wall, and original artwork by Collins’ father, Walter “Wally” Collins, throughout. Tufted leather booths in deep butterscotch tones are linger-inducingly sleek and comfy, and that same comfort is repeated in the couches in the seating area outside, facing on 7th Street, which manages to be cozy despite busy traffic.

Cocktails are a big part of service at Collins’ restaurants — a big change from years past, where wine was the favored beverage for many customers — and that’s the case here.

“We tell people you can get wine at home. You can get a beer at home. But they don’t know how, or don’t have the ingredients readily accessible at home to make these cool cocktails.”

Favorites from the cocktail menu include Bobo Jefe margarita, made with Casamigos reposado tequila.

“We make all our sours and we make our own grenadine,” Collins said. “I’m a big Manhattan fan so we make it with Sazerac rye, and we make our own infused vermouth. It’s taking these things that are classics and putting something special on them so they stand out.”

“We have very generous happy hours,” he said. “I think customers are looking for more creative food then than the average nighttime dinner-goer.” Collins’ menus reflect influences from his days working in New Orleans, along with his college days in Boston, and his focus on sourcing good ingredients. On the happy hour “High End Junk Food menu” that translates to chowder fries: Fries lathered with New England clam chowder and topped with crispy bacon. They’re a combination Collins discovered when he went to college in Boston.

“They’re the most popular thing on our happy hour menu,” he said. “If you haven’t tried them you haven’t lived.”

One standout starter on the dinner menu is the stuffed artichoke, and it reflects Collin’s focus on sourcing.

“We source ours from a farm in California called Ocean Mist Farms, and they’re known for having some of the oldest-most mature artichoke plants in the country. That’s a big part of the artichoke thing — you need an earthy, nutty, meaty artichoke, but come on, everyone gets an artichoke because they know there’s going to be a dip in there. The remoulade sauce we serve it with really will blow your socks off.”

On the main menu, can’t-miss favorites include Collins Bros. prime rib (only available Wednesday through Saturday). Other favorites are a crispy shrimp platter taken up a notch with shattered fries and jicama peanut slaw, and sticky baby back ribs with a sweet/hot glaze.

Another standout is the smoked salmon. Collins manages to get just the right level of smoke while maintaining the silky texture. It’s served with chef’s sauce, which is fine, but ask for a side of remoulade. A bit of salmon on the “everything saltines,” a dab of remoulade, some capers and red onion — perfection.

Good restaurant meals are the small luxuries many people still can afford, and places like Neighborly House provide community gathering spots that can be hard to find in large urban/suburban areas. Collins says he wants to provide those places with his Common Ground locations.

“This has been a concept I’ve had in my head for a really long time,” Collins said. “I was just waiting for the right spot.” 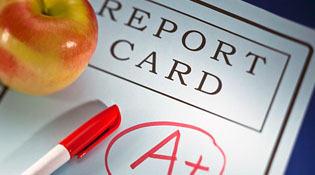 Show your A grades, get a free treat at Lola 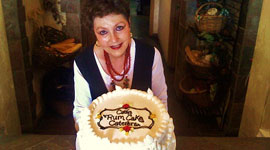 Get ready now for holiday entertaining 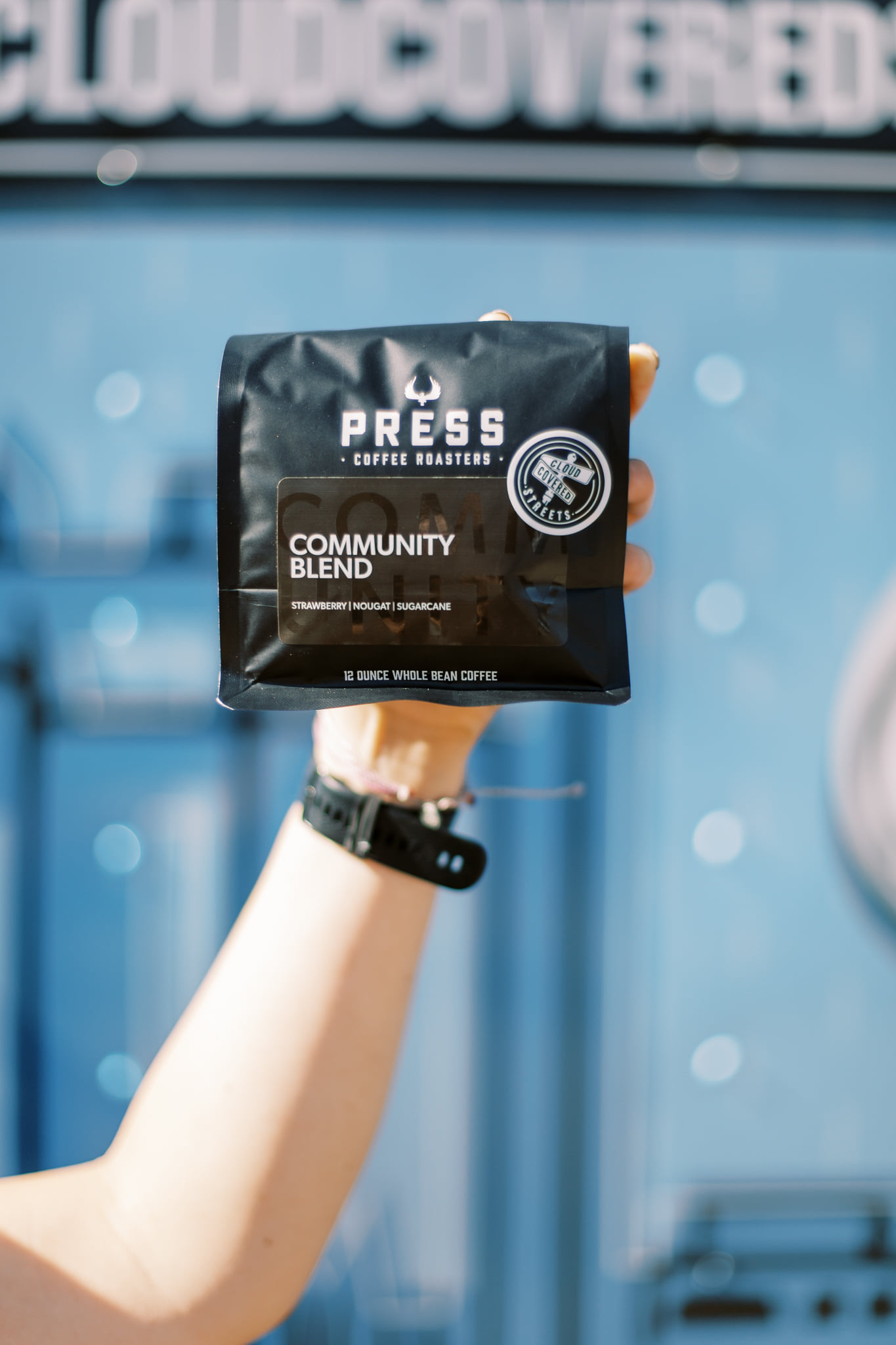 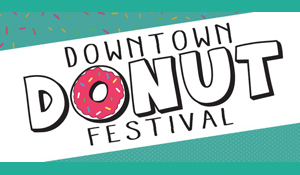